Reviewing the past year

For FiTree, 2015 was a great year. We started many new programmes and events to spread awareness that being Green is part of our Deen.

FiTreeWalks. We take people of all ages out for walks and open their eyes to things in nature that they always see, but may not really see with deep appreciation and reflection on our duty as caretakers of the Earth. Read a reflection from one of our participants here. 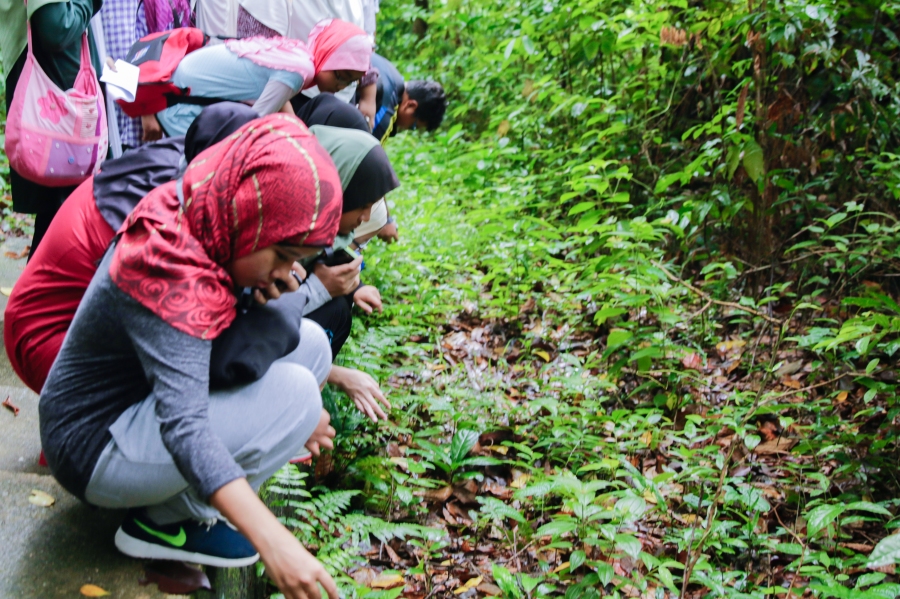 FiTree’s Arcade. We remind the young and young-at-heart that it’s not new fancy toys that make us happy, rather it’s new experiences; and there’s nothing more satisfying than making our own games out of cardboard and recyclables, with nearly zero cost to our pockets and the Earth. See our arcade adventures here. 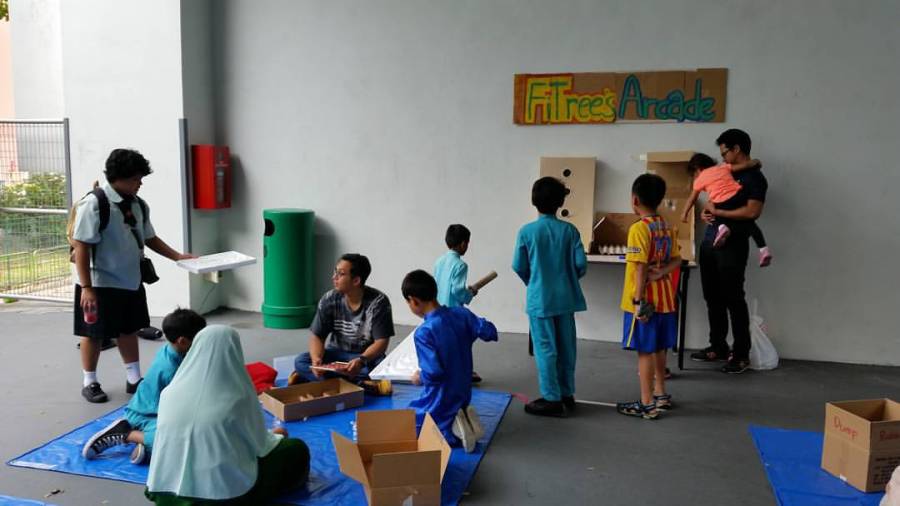 FitREE Market. It’s a flea market where everything is free. Clear out your closets, satisfy your craving to own something new and at the same time help the needy. All while being good to the Earth. See one of our events here.

Repair For Ramadhan. It’s not 3Rs, but 4Rs; before we throw away or recycle something broken, we should think about repairing it. As part of SG50Kita Service to the Nation Week, We trained Madrasah Aljunied Al-Islamiah students in the basic art of repair and they shared their skills by helping the public to repair their belongings.  Read the BH article on the event here. 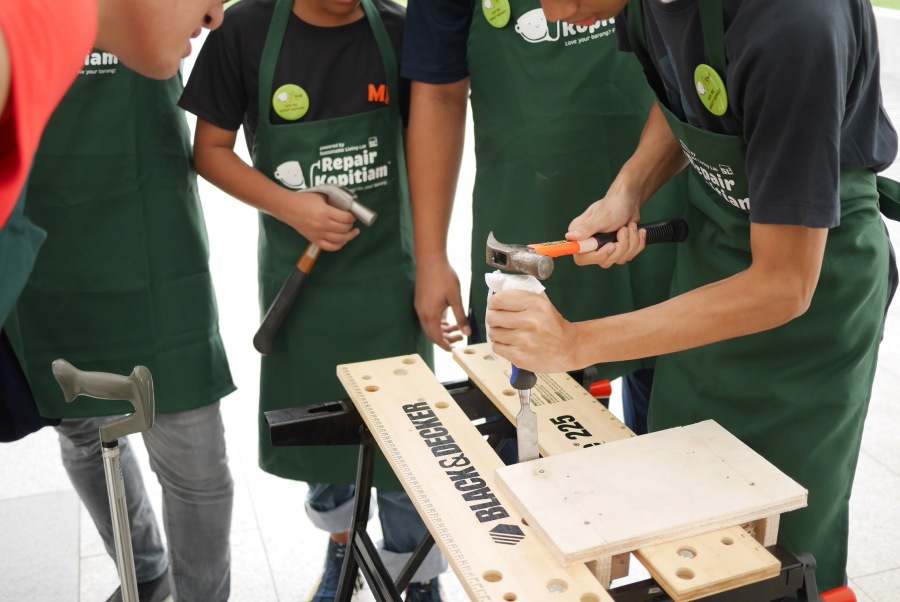 Looking beyond FiTree, there was definitely improvement in environmental awareness in the past year.  A good example is our reaction to the haze last year. Haze has been a perennial problem here in SG, but did you notice that it’s only in 2015 that the general people started asking who are the companies causing these fires and what can we do to stop them? So we saw many people supporting the boycott of negligent companies, creating enough pressure such that even supermarkets began clearing their shelves of toilet paper made by certain brands. Watch the CNA report here. 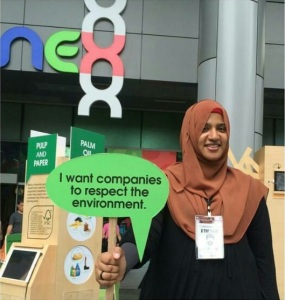 This is a clear indication that people are increasingly aware that environmental destruction affects us and there are lots that we can do to make things better. Kudos also to grounds-up organisations like People’s Movement to Stop Haze (PM.Haze) that worked hard to create the awareness amongst the layman. FiTree hopes to continue to support the work of such movements by specifically creating awareness amongst the Singapore Muslim community.

InshaAllah FiTree will continue developing our current repertoire of projects as listed above and grow them sustainably such that we can make them continuously available to more people. This will involve working closely with various existing communities and organisations such as youth groups, green groups, non-profit otganisations, masjids and  corporations, to seek out win-win opportunities where we can both mutually benefit and grow. 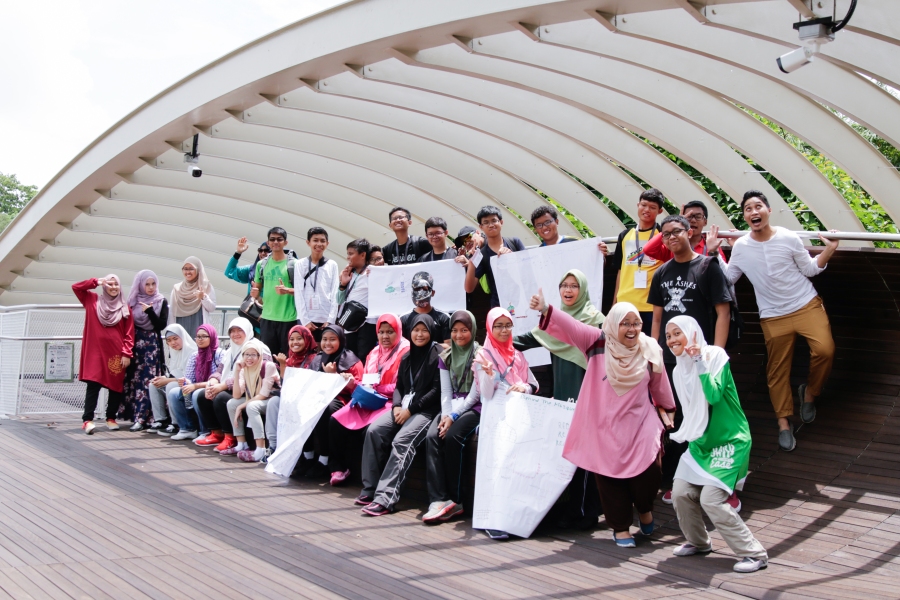 In our own community,  what will really bring environmental awareness to the next level is if our asatizahs start talking about it as part of being a good Muslim and as a form of dakwah to showcase Islam to the world in a positive light.

In general, 2015 has been a bad year for Muslim PR due to various terrorist attacks and the instability brought on by ISIS under the guise of Islamic Jihad. Every Muslim feels under pressure now to show that they are peaceful and contributing members of the global community. And there is a great opportunity to showcase this; through our actions as individuals to help solve the global environmental crisis. As Muslims, our religion has plenty to offer to help resolve the global problem of Climate Change. For example, the biggest cause of environmental degradation is wastefulness. In Islam, wastefulness is repugnant; we are taught to never waste food and not to waste water even when taking wudhu by a flowing river. Just imagine if every Muslim jihads and strives to do this in their daily lives; it will be a massive contribution to resolving the environmental crisis. Together we can all be environmental champions. Read about how and why Muslims should be Environmental Champions here.

Maybe in our list of resolutions for the upcoming year, we can all add one on how we can be more green and sustainable in 2016. May we all improve in the year to come, InshaAllah!

If you would like to join us as a volunteer in any of our upcoming events or do, a collaboration event with us in 2016, contact us at greenfitree@gmail.com.